The River is a "Super Read"


The latest Amazon 5-STAR review of THE RIVER: A PASTOR STEPHEN GRANT NOVEL:

Okay, not real in that there's a guy named Stephen Grant who worked for the CIA and is now an LCMS pastor, but rather, in this book, Pastor Grant undergoes serious character development, showing the anguish of the soul that knows right, loves right, loves God, and yet wants and does evil. Lutherans speak of it as the 'simul' and it is too often over simplified, but author Ray Keating gives it a healthy fleshing out in the novel without making it sound contrived or overly dogmatic.

The things I've come to love about Pastor Stephen Grant novels are all here - friendly jokes amidst the characters, smooth integration of theology into the lives of the characters, and a thrilling plot! Definitely worth the wait since 'An Advent for Religious Liberty', and a super read for anyone interested in a well-written novel that goes deeper than most.

Posted by Ray Keating at 5:00 AM No comments:

5-Star Review of The River

The first review is in on "The River: A Pastor Stephen Grant Novel" on Amazon (for now on the Kindle-version page). In his 5-STAR review, Pastor Dustin Parker writes:

"As a pastor, I often explain that life really begins in baptism, as does this book.
"But often, we forget that, as we struggle with the details of life, the challenges of being sinners yet saints. We are challenged by our desire for justice on our terms, and we struggle with justifying our sin, or condemning our own sin as unforgivable."As Stephen Grant and his friends, and yes enemies and relatives, we see a picture of that kind of journey. Wrapped around a very well developed action adventure novel, this struggle of mankind is so well played out. Even if this wasn't a book with a pastor and faith, I would rate it a five, along with the best of WEB Griffin and Ludlum. But it is more than that - because the struggle of faith is revealed as well. The Christian life is revealed to be what it is, lived in the world, yet not of it. Challenged by being both being a sinner, and yet a saint.
"Ray Keating does a good job....a very good job in combining faith, adventure, guns, and real a real world relationship, that ends where it begins, united to Christ, and too His family.
"Of the Grant novels, I think this is Keating's best.
"Enjoy"

Posted by Ray Keating at 4:32 AM No comments:

Stephen Grant once used lethal skills for the Navy SEALs and the CIA. Now, years later, he’s a pastor. In THE RIVER: A PASTOR STEPHEN GRANT NOVEL by Ray Keating, how does this man of action and faith react when the fight gets personal?

Ray Keating has been called “a great novelist” by the host of “BookTalk” radio, and Amazon.com reviewers have compared his thrillers to the works of Clancy, Ludlum, Grisham, Cussler, and Morrell. Once again, in THE RIVER, Keating wields his story-telling skills by serving up a fast-paced adventure, rich characters, faith, humor, big ideas, and murder.

Some refer to Las Vegas as Sin City. But the sins being committed in THE RIVER are not what one might typically expect. How far can Grant go – or will he go – to save the woman he loves? Will he seek justice or revenge, and can he tell the difference any longer?

THE RIVER: A PASTOR STEPHEN GRANT NOVEL is available in trade paperback from Amazon.com at

Review copies, interviews for the media, and author appearances are available upon request.

Posted by Ray Keating at 5:27 PM No comments: 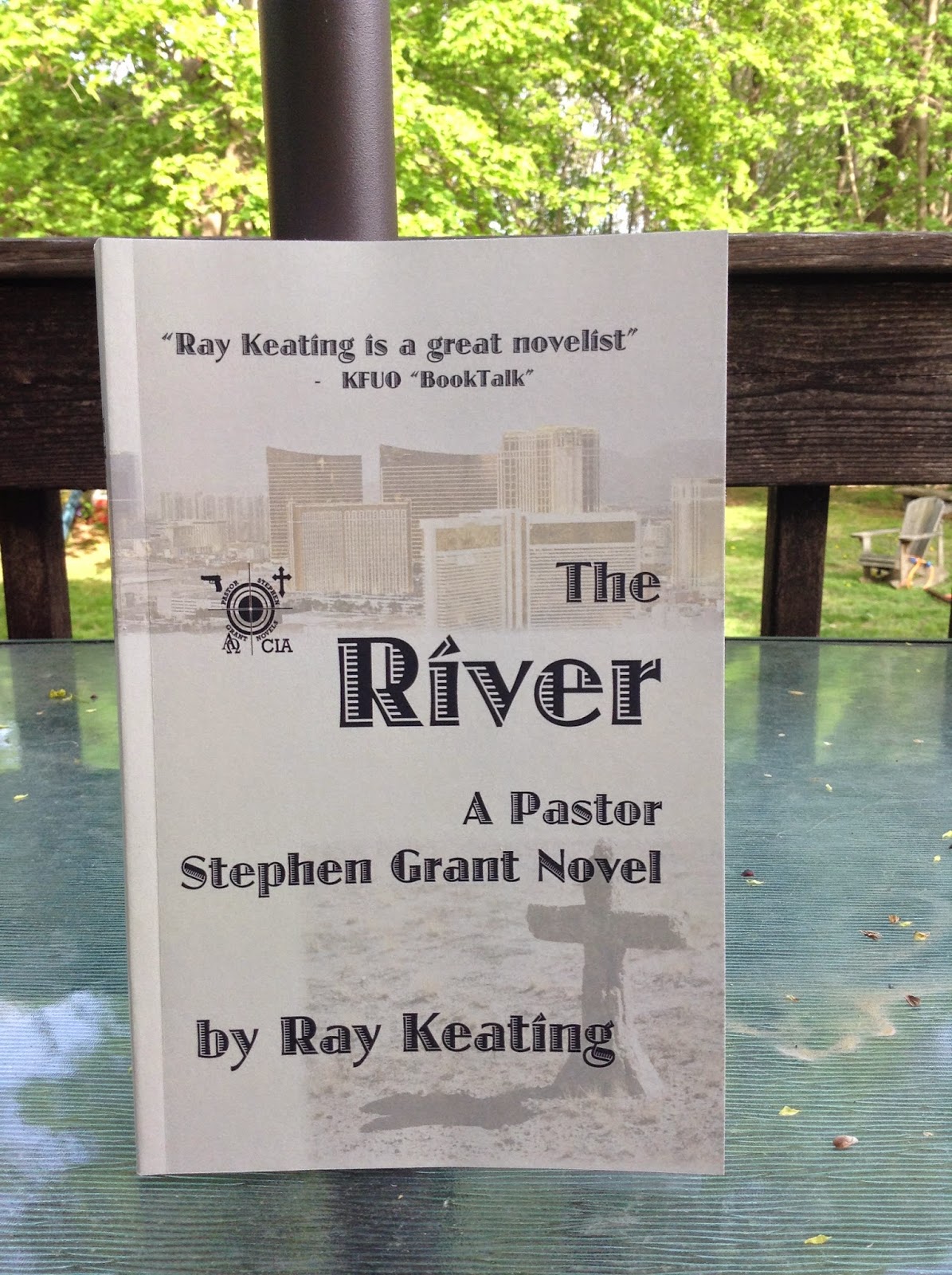 Posted by Ray Keating at 6:37 PM No comments: