Join Ray Keating for this fascinating conversation with Chris Ullman, a four-time international whistling champion, a member of the Whistling Hall of Fame, and a leading public relations expert in Washington, D.C. Chris has a new book out – "Find Your Whistle: Simple Gifts Touch Hearts and Change Lives" – which not only serves up engaging stories about how whistling has changed his life, but how it is a gift that Chris uses to reach out and make a difference in the lives of others.

In this chat, Chris relays some humorous stories from his whistling journey, as well as some powerful ones. He urges others to find their whistle – that is, find, develop and share your simple gift – and by doing so, making life better for others. For good measure, Chris offers some sage advice to authors and entrepreneurs thanks to his career in public relations and writing. Find out more at www.chrisullman.com, and purchase "Find Your Whistle" at Amazon.com. 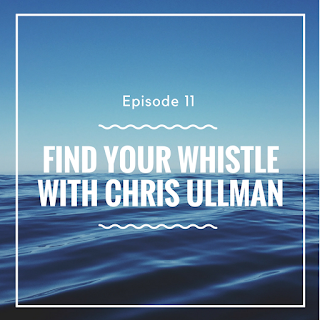 Posted by Ray Keating at 4:00 PM No comments:

Episode 10: Insights from a Pastor-Author

Ray Keating talks with Tyrel Bramwell, who not only is an author but also a pastor. Pastor Bramwell finds that his two lives, author and pastor, go hand-in-hand. He also tells us about his books, writing process for both sermons and books, and the entrepreneurial aspects of his writing. Bramwell’s first book was THE GIFT AND THE DEFENDER, with his second book being FINDING THE TRUTH IN STORY: GRIMM’S FAIRY TALES (Vol. 1).

Tune in to listen at 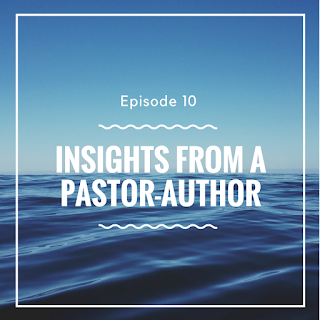 Here is Ray Keating’s review of THE GIFT AND THE DEFENDER (THE LUMEN LEGENDS SERIES – BOOK 1) by Tyrel Bramwell, Grail Quest Books, 2016: "As one begins to move through Tyrel Bramwell’s THE GIFT AND THE DEFENDER, the reader is pulled in, wondering how the two timelines or worlds the author offers could possibly relate. We are introduced to a familiar, modern-day world via a character bestowed with a staggering power. But we also get to know another individual and his allies in a Medieval-like, fantasy setting. Bramwell does not disappoint. Without spoiling anything, the reader discovers the truth, and is set on a fascinating path. The book serves up a great deal about human nature, as well as being rich with biblical allegories. THE GIFT AND THE DEFENDER manages to be both thought-provoking and a true page-turner. The reader will be delighted, especially, for this reader, over the second-half of the book. In the end, Bramwell offers the rare combination of imaginative, substantive, and fun. Well done!"
Posted by Ray Keating at 5:26 AM No comments:

In the latest episode of Ray Keating's Authors and Entrepreneurs Podcast, Keating talks about managing your own career and writers being innovators. Please tune in. 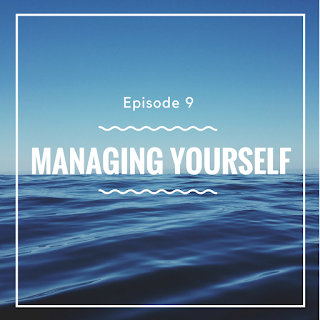 Posted by Ray Keating at 3:28 PM No comments:

Episode 8: Shakespeare - Author and Entrepreneur
Ray Keating notes that the first great author-entrepreneur was William Shakespeare. Given the fact that he also ranks as the greatest writer in history, perhaps it's worth taking a quick look at Shakespeare as author and entrepreneur.
Listen at
http://www.buzzsprout.com/147907/653621-episode-8-shakespeare-author-and-entrepreneur 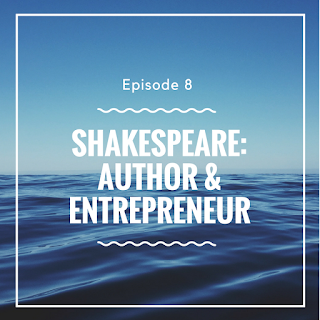 Posted by Ray Keating at 2:27 PM No comments:

When William F. Buckley, Jr. passed away ten years ago, I was a weekly columnist with Newsday. Here is the column I wrote at the time. 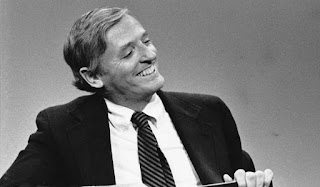 
Life offers good days and bad days. The key is to keep it all in proper perspective, and cherish the many gifts from God.
But that’s not always easy. Early last week, I had a couple of bad days. You know – expensive car woes, career challenges, and so on. Then I heard on Wednesday morning that William F. Buckley, Jr. had died. My own frustrations gave way to loss and sadness.
Much can and has been written in recent days about this witty, intellectual powerhouse who was central to the modern-day conservative movement. Buckley started National Review magazine, penned a syndicated newspaper column, wrote novels and nonfiction books, hosted a television show, tweaked liberals, and did much more in nearly six decades of public life.
Oh yes, and he played an important role in defeating communism by laying the intellectual groundwork for Ronald Reagan’s presidency.
In addition, Buckley sailed the seas, ran for mayor of New York City in 1965 on the Conservative Party line to the irritation of liberal Republican John Lindsay, and even was a CIA agent for a brief time. How cool is all of that?
And he did it with panache and obvious joy. Perhaps a small part of the reason I became a conservative was because of Bill Buckley. I wanted to have as much fun as that guy.
But two personal encounters with Buckley revealed his charm and generosity.
The first time was nearly 20 years ago. I just started writing a column for a very small, now-long-forgotten New York City newspaper. Buckley was doing a lunchtime book signing. So, I decided to ask this conservative luminary for advice. I slipped a few of my columns in an envelope, and when it was my turn in line, nervously handed Buckley the package, asking if he might take a look at my work. His face lit up with a smile, and he declared, “I most certainly will.”
A couple of weeks later, a letter arrived. Buckley graciously read through these early rough columns, and offered some helpful, but gentle critiques. He added that none of this should make me hesitate at the keyboard because I was making a positive contribution. That note of encouragement was invaluable.
During subsequent years, I joked with friends that my life would be complete if two things happened. Jack Nicklaus said “nice round” after playing 18 holes of golf, and Bill Buckley gave thumbs up to my writing.
Well, a couple of years ago, I again saw Buckley at a New York City gathering, and introduced myself. He responded with another smile and said: “Raymond Keating, I read your work.” Without thinking, in a kind of haze of disbelief, I responded: “Oh, come on.” But he reassured that was the case, and we enjoyed a nice conversation. (No word from Nicklaus as yet.)
Those moments with Buckley were good days for this conservative writer. They are memories to be cherished.
But many others have had similar experiences. For example, Matt Carolan, my onetime column partner in these pages, worked for Buckley at National Review. Last week, Matt noted many generous acts on Buckley’s part, and concluded: “Bill's Christian charity and welcoming spirit, whether that be directed to employees, strangers or even political and cultural opponents, were surely some of his greatest accomplishments.”
In my life and so many others, Bill Buckley was a gift. Last Wednesday was a bad day for those of us left on this celestial ball as we will miss William F. Buckley, Jr. But Buckley, I have no doubt, is now enjoying paradise, and paradise is all the more lively for his arrival.

Posted by Ray Keating at 3:17 PM No comments:

My guest in this episode is Jerry Bowyer, widely respected writer, editor, commentator, and economist. In this wide-ranging conversation, we talk about his views as an editor on writing and writers, the challenges for writers and commentators to stay true to their beliefs, and his views on assorted issues, such as entrepreneurship, the state of commentary today, as well as his own research and writing on a variety of biblical issues. Bowyer's message to writers of all kinds includes staying honest. Jerry is the chairman of Bowyer Research, editor of Townhall Finance and a Forbes.com contributor. His books include the "Bush Boom" and the "Free Market Capitalist's Survival Guide."
Listen at
http://www.buzzsprout.com/147907/647973-episode-7-staying-honest-with-jerry-bowyer 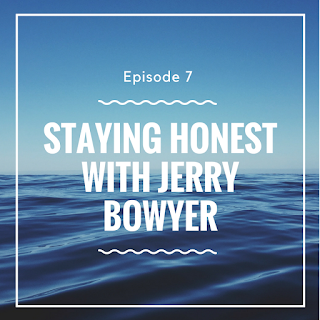 Posted by Ray Keating at 2:35 PM No comments: